If you are new to Tamales, you may wonder about all the hype. This South American food is spreading like wildfire. It’s tasty and filling and can be served as a snack or a complete meal at an affordable cost to most families. But with so many options for filling, can you keep Tamales if you make a big batch?

Tamales originated in Mesoamerica and were eaten by ancient civilizations such as the Mayans, Aztecs, and Incas. It was thought to be the perfect way to feed armies going to war, a bit like a modern-day pulled pork sandwich if you like.

There are many questions about Tamales, one being how long they can last. This article will explore Tamales and give you the information you need to make Tamales for you and your families.

There are several components to a tamale, so let’s look at how Tamales are built and explain the expiration of each product.

The outer of the Tamale is a corn husk. It is not edible and is used to make the tamale like an outer cooking shield to protect the tamale. The husk needs to be soaked to become pliable, but not to the extent that they disintegrate.

The corn husk can become moldy if the dried husks are exposed to moisture. Over what time does this take place? Who knows? It’s on a case-by-case basis, depending on humidity and temperature.

You should store the corn husk in a dry airtight container to maximize its life. It should last for 12 weeks.

Freshly ground Massa has a short shelf life. It will last for three days maximum in the fridge before turning sour.

There are so many fillings added to Tamales that it’s impossible to list them all, but it can be pork or beef and even chicken, topped with sour cream and a hit chili sauce.

The fillings for the tamale can have fruit and sweet fillings. The type of filling will have an impact on the shelf life of a tamale.

Keeping Tamales in the fridge is the best option if they are not being eaten after heating. It is reasonable to expect most Tamales to last between 4 and 7 days in the fridge.

Do Tamales have to be covered in the fridge?

Yes. Covering the Tamales or, better still, placing them in an airtight container will keep them fresher. Tamales don’t really dry out due to the corn husk, but covering the Tamales in the fridge will prevent them from being tainted by other strong-smelling foods, such as cheeses.

Can you put warm Tamales in the fridge?

Yes, but store warm Tamales in an airtight container for the best product results. Warm Tamales will soon cool in the fridge, and as long as they are not streaming hot, it will not affect the internal temperature of the fridge so much that it places other food at risk of bacterial growth.

Place the airtight container towards the back of the fridge. This is the cool section that will chill the Tamales faster.

Do Tamales need to be refrigerated?

Cooked Tamales can stay at room temperature in a sealed container for two days. This is standard practice in Mexican homes. Still, if you follow the rules in the US, Tamales should be in the refrigerator after a couple of hours to reduce bacterial growth on the food.

Placing Tamales in the fridge will keep them cool and reduce the bacterial load for up to four days, ist worth the effort to store them in the fridge and extend their life by a couple of days.

Do Tamales go bad if left out on the side?

Tamales can be left on the side for a few days and be fine. There is a debate that the Tamales are encapsulated in corn husks, so the bacteria will not land on the edible part of the Tamales( you don’t eat the husks).

However, in the interests of food safety and information from scientists, it is best to accept the advice of the USDA in this matter. The USDA’s advice is that any perishable food that is left out on the side for two hours or more has the potential to have an overload of bacteria that could lead to food poisoning.

After two hours, the food should be considered garbage and disposed of. So, if you toe the line and obey the rules, Tamales have a life outside the fridge of two hours.

It’s an interesting question because you can buy canned Tamales from a famous spice and ham manufacturer.

Assuming we have a can of Tamales, they will not go bad for years, regardless of the expiry date on the can. The cans are sterile and pasteurized, giving canned foods an incredible shelf life.

But when it comes to fresh Tamales that are wrapped in corn husks, it is a different story. Regardless if you unopened or unwrap a tamale, the fillings and masa have a limited shelf life.

How long do Tamales last in the fridge?

2 to 4 days. It’s best to store tables in the fridge in an airtight container. Some of the very spicy varieties may last an extra day, but by and large, after four days, you should be throwing the Tamales in the garbage.

In theory, tables that have been frozen should have an indefinite shelf life, but the truth is frozen foods don’t go bad as such as in rooting, but they also lose texture, color, and flavoring and can become mushy, and that’s if they have avoided freezer burn.

The good news is you can store Tamales in the freezer successfully. They will store perfectly for six months, cooked or uncooked.

However, storing the Tamales correctly for freezing is crucial to the endeavor’s success.

If you have lots of Tamales to freeze, sort them into meal-size batches, and think ahead, this will enable you to remove a batch, thaw, and cook, reducing waste.

Use Ziploc bags to store the Tamales. You may get four or five in a bag. When in the bag, try to expel as much air as possible and seal the bag. Once you have bags of Tamales, store the bags in an airtight container, which will help prevent freezer burn. Of course, go ahead and date the bags with the day of freezing.

How long do vacuum-sealed Tamales last in the freezer?

If you make Tamales, you will know how time-consuming and labor-intensive the job is, so it’s best to make a big batch and freeze them.

You can store vacuum-packed tames in the fridge for three months, and the product will be as fresh as the day it was made. If it is spicy, some of the flavors will have been infused, making the tamale even more delicious.

Freezing vacuum-packed Tamales world well, and the vacuum packaging extends the freezer life from 6 months to 12 months without the Tamales degrading.

How do you cook Tamales?

Tamales are best cooked steamed. Remove the Tamales from the bag and place them in a steamer, don’t stack them but stand them so the steam can rise evenly. They take 6 minutes when fresh, 15 to 20 mins from frozen, and of course, you can bake them in an oven if you wish.

To bake, place the tales in foil in a preheated oven at 325℉ on a baking tray for 15 minutes and 20 tom25 minutes if cooking from frozen.

How to tell if Tamales are bad?

It can be challenging to tell if a tamale is bad; it’s wrapped in a corn husk that looks insipid at the best of times. However, there are telltale signs for the uninitiated.

Regardless of the filling, the tamale will smell something like mold, or a definite funky odor should indicate that all is not well with the tamale.

Damp corn husks are susceptible to mold, in and outside of the tamale, and as such, if you see mold on the tamale, you should consider it bad, and it needs to be tossed in the bin.

You may have heard the saying that one bad apple can spoil the whole barrel. Well, the same goes for Tamales. If you have one moldy tamale in a batch, throw the whole batch of Tamales in the garbage.

If you have any doubt about tamale odor, texture, or visual appearance, don’t eat them.

Tamales are a versatile food that can be savory or sweet and can be served as a snack or part of the main meal.

The shelf life of fresh Tamales is short, and they should be kept in an airtight container in the fridge for not more than four days.

Just imagine, you are throwing a summer party at your place.  The invites have been sent, everything’s ready, but suddenly, you hear a strange sound from your fridge. It turns out your freezer has abruptly stopped freezing, and the ice is melting all over the place. What would you do? If there’s still some time… 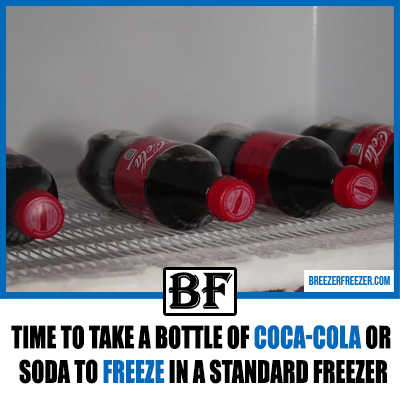 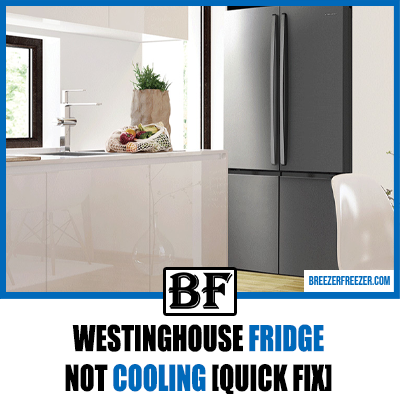 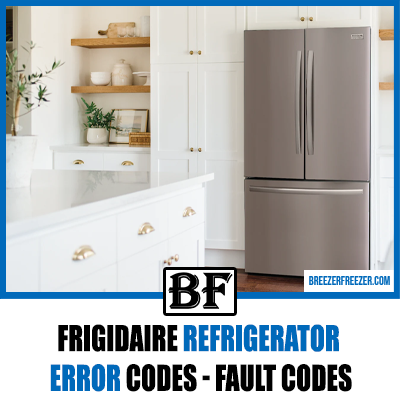 Every new homeowner is hit with panic when they notice an error code on their refrigerator.  But, there’s nothing to worry about, as most reputable brands equip their fridges with a built-in diagnostics system. This leads to the fridge displaying error codes so that you have enough time to troubleshoot the problem. Frigidaire is one… 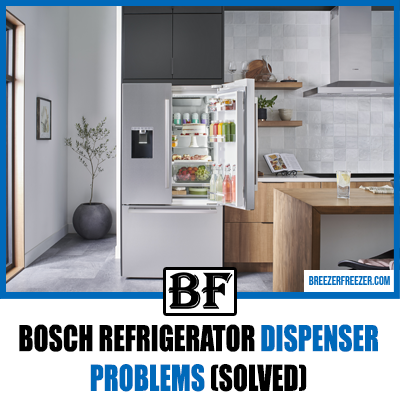 As the refrigerator is a key component of a functioning household, finding it in a somewhat broken state makes us panic.  However, like any other electrical appliance, your fridge will have problems at some point. That’s why you need to be prepared and possess the knowledge to find out what’s wrong with the fridge to…

Wondering why the new ice maker in your Samsung refrigerator keeps freezing? This issue usually requires more than just adjusting the temperature. And unless you fix the underlying problem, using new ice makers frequently won’t bring any solution.  So, we thought it would be a good idea to help our readers understand why their ice…