The freezing iPhone trick is trendy among many iOS users since many people claim it solves their phone issues.

Although there is no specific explanation for any of its effects, people generally believe that putting an iPhone in the freezer can help ‘jailbreak’ the operating system or fix WiFi connection issues.

But some skeptical people might argue that freezing an iPhone causes more damage than benefits.

1Should you put an iPhone in the freezer?

Most people who try this trick are those that own old iPhones and need some instant fixes. If you have a fresh new iPhone with almost no problems, there is no need to follow this trend.

But in case your iPhone has gotten old and you can’t afford to fix it at a store, you could opt for this trick. Seal it safely in a ziplock bag and keep it in the freezer for some minutes; this could help with some issues.

But keep in mind that not this idea cannot solve every problem.

If your device is overheating, never keep it in a freezer to cool because the rapid temperature changes can damage the battery.

Some who have tried putting a heated iPhone in the freezer reported facing a malfunctioning battery life.

On the bright side, however, many who faced connectivity issues, bad screen response, or slow interface problems in their iPhone, tried the freezing trick, which temporarily fixed these issues.

Most of the time, this state lasted only 30 minutes or less. So if you want a quick fix, you could try the method, but the best option would be to get it fixed from Apple or replace it with a new one.

2Can an iPhone freeze completely?

An iPhone can freeze if it’s kept in the freezer for too long. In many cases, it could turn the device into a brick that never powers on.

The freezing trend may be popular, but it does carry many risks (like a voided warranty), so always be careful to avoid ruining your iPhone.

3How long does it take to freeze an iPhone in the freezer?

Most people that try to freeze their iPhones keep it only for a few minutes or an hour at most. By that time, the phone cools to a very low temperature, which temporarily solves some software problems.

An iPhone can freeze and not boot up until it’s brought back to average temperatures by the span of an hour.

4Can freezing an iPhone solve any problems?

When an iPhone freezes, its hardware will stop working, and unless the device is warmed back to room temperatures, there are high chances that it will not turn on.

Freezing for too long could permanently damage the hardware. But due to viral trends, brief freezing of the iPhone seems to repair specific problems.

Many users have reportedly fixed WiFi problems, touch sensitivity, and even getting access beyond the wall of iOS security. But a lot of people don’t freeze their iPhone to jailbreak because it can permanently void their legal warranty.

10 Steps To Reduce Your Refrigerator Energy Usage And Cost

Can I Put My Fridge In The Dining Room? 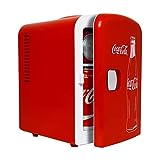 Latest, from your blog…

This website is about making things simple! Researching for a new refrigerator, one that will fit your specific needs, isn't an easy task! ... simple because there are too many models, too many features, too many brands and so on... Antoni Singger will help you make an informed decision. Take advantage of these complete refrigerator reviews and learn what are the best models on the market today. If you want professional guidance at no cost at all, then you are in the right place! In these reviews you'll be able to scan the complete features sheets, lists of pros and cons, customer rating, video presentations, infographics and much more.
Contact us: antonisingger@yahoo.com

Should you buy the Edgestar 3.1 Cu. Ft. Energy Star Compact...

SPT RF-244SS Compact RefrigeratorReview – Get a closer look at this...

Samsung RF28HMEDBSR Review – This is why I love this french...

How long does it take a water bottle to freeze in a normal freezer?