This beloved syrup is used by millions of people every morning; it’s poured over pancakes and waffles and is suitable to have with just about any breakfast you can think of eating. With a best before date of two years after purchase, does this syrup ever go bad, or does it have preservatives that keep it looking fresh for years?

Aunt Jemima syrup has been around for more than 100 years and invokes images of warm sunny days deep in the south with hospitality abounding.

In this article, we will take a dive into aunt Jemima syrup and find out if it does go bad or expire and, if not, why not.

How long does Jemima syrup last?

You could say it lasts indefinitely if stored correctly, and here is why. Products high in sugar last for a long time because bacteria can’t get a foothold to make the sugary product bad.

Many jams are called preserves for a good reason. You may know that sugar is a preservative. When bacteria attack sugar products, the sugar acts similar to salt and draws the fluids out of the individual bacteria killing them off completely. This process is known as osmosis.

However, sugar products like syrup and preserves can support mold, so it’s essential that you follow the correct storage methods to get the very best from your Jemima syrup.

Can you use Aunt Jemima syrup after the expiration date?

The answer to this question may amaze you. Jemima syrup lasts indefinitely if unopened and, if stored correctly, will not go bad or expire.

Do you have to refrigerate Aunt Jemima syrup after opening?

There is no need to store Jemima syrup in the refrigerator, and it will make the syrup cold and gloopy, which may not be ideal for pouring over your pancakes and bacon. Storing aunt Jemina syrup in the fridge is acceptable if you don’t have a storage area with the correct temperature.

To store your Jemima syrup after opening, you simply store it in a cool pantry with the rest of your condiments. Make sure the lid is sealed correctly. You should be okay with the syrup, at least up to the best before date and beyond.

Unfortunately, no, but that is reflected in the purchase price of Jemima syrup. Natural syrups are pretty expensive but are worth it in the long run.

Here are the ingredients from aunt Jemima’s syrup.

There is not even a hint of natural maple syrup or molasses in the product, which is disappointing. Instead, ten individual chemicals are mixed and homogenized to reach the flavor of genuine syrup.

Jemima syrup is established and has a flavor profile that many people like and have become used to, so why change the formula? Why not use real maple syrup in the product? It is about cost and profit.

There is a lot of negative press around High Fructose Corn Syrup (HFCS) for a good reason. Doctors have established HFCS is responsible for high levels of inflammation in the body, diabetes, high triglycerides, and non-alcoholic fatty liver syndrome.

If that’s not bad enough, HFCS does not have any nutritional value, and it is just pure calories that are being consumed, unlike when you consume maple syrup.

If you think it sounds terrible, it will get a lot worse.

If Coca-Cola drops a chemical from its lineup, you know it’s not good for you. Sodium benzoate was dropped by Coca-Cola a few years back, a preservative that prevents the growth of mold.

Coca-cola made a smart move! Sodium benzoate is one of seven E numbers studied at Southampton University in the UK. It was found that the chemical is associated with hyperactivity in kids and, when mixed with vitamin A, can potentially be a carcinogenic product.

Sodium hexametaphosphate –  Stated as a water softener but can cause Symptoms that may include vomiting, lethargy, diarrhea, blood chemistry effects, heart disturbances, and central nervous system effects.

Natural and artificial flavorings. With everything else going on with the concoction of chemicals, you need to try and make the finished product taste like syrup.

How do you know if the syrup is expired?

Jemima syrup or natural syrup rarely becomes spoiled, and you would need to leave it in an environment where bacteria and molds can contaminate the product. Its already been established that bacteria cannot survive in a high sugar environment due to osmosis.

Smell and color are always the first two signs food is bad. In the unlikely event, your Jemima syrup should expire, you could expect a funky smell. If you have any doubts at this point, discard the food immediately.

The color may become lighter, and the syrup may be watery. This is a sure sign something is not correct, and the product should be discarded.

It’s worth noting that products high in sugar can have crystals forming toward the container’s bottom and on the sides of the container. This is normal, and your Jemima syrup would be ok to consume.

Can you freeze Jemima syrup?

You could freeze the Jemima syrup, and it’s hard to think why you may want to do this, given that it’s rare for the syrup to go off; however, if you wish to freeze your Jemima syrup, it’s possibly best to use an ice tray and freeze small cubes that can be quickly defrosted and used reasonably.

Freezing should not alter the flavor profile of the syrup or degrade it in any way.

Does Jemima syrup expire if opened?

Imitation syrup can last indefinitely if stored correctly, such as in a cool pantry or even in the refrigerator. There will be a best-before date on the packaging of Jemima syrup, which should be around two years from when you purchased the syrup.

Artificial syrups like pancake syrups are a mix of chemicals and high fructose corn syrup which will last a very long time.

If you have Maple syrup, the product should be refrigerated and last 12 months if stirred correctly.

What is floating in my syrup?

If you have something floating in your Jemima syrup, it’s worth investigating. It could be sugar, depending on the age of the syrup, which is harmless and will not affect how you use it.

If you have maple syrup, you can get a bloom, its fungus known as a xerophile. The xerophile is in dormancy. If you find it in your syrup, sieve the syrup and remove it.

Most bacteria need water to survive, but some can just become dormant when exposed to a descant.

It’s more common than you think and is often found in salt.

Does syrup get moldy?

If the syrup has been stored incorrectly, it is possible that you will get mold growth on the surface of the syrup. This in itself does not spoil the syrup. It can simply be spooned off and discarded.

SZyrup has a high sugar content, and bacteria and molds can’t become established. Bacteria die through a process called osmosis, where the water in the bacteria is depleted. Mold cannot penetrate the syrup leaving the harmless syrup once the mold has been discarded.

How do you know if pancake syrup is bad?

Pancake syrup develops subtle changes until it becomes inedible. You may notice the color changing, and the taste is not quite what it used to be. This is a sign that the pancake syrup is changing and going bad.

If there is any odor from pancake syrup, you can consider that it has turned bad.

Why is my syrup cloudy?

It is unlikely that Jemima pancake syrup will be cloudy, but if it is, don’t worry. It may have some natural syrup in the ingredients.

The cloudiness is called sugar sand. It’s not harmful. It’s part of the process some syrups can go through when stored for a long time. You can also find it in preservatives and jam products.

It can give the syrup a rough, sweet texture. It’s okay, but if you prefer, you can strain the syrup and place it back in the jar.

Jemima syrup will almost last a lifetime if stored correctly. Still, you need to be aware it’s a manufactured product and contains many chemicals that are considered dangerous and not just a little dangerous.

They say everything is okay in moderation, and pancake syrup is not eaten daily. However, you should still be cautious and maybe choose a slightly more expensive syrup that is natural, like maple, for your once-in-a-while breakfast treat. 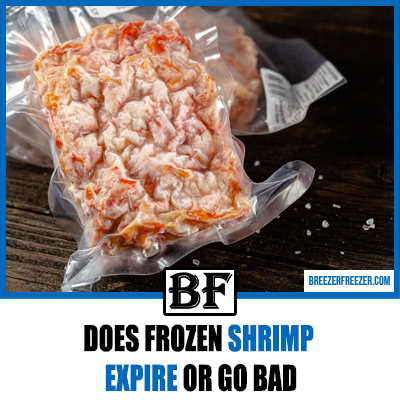 Shrimp is one of the favorite foods in the US, with more than a million pounds of shrimp being consumed each year. It is loved when fried, steamed, and sauteed in pasta, and you can’t get enough of this succulent seafood. But so much of the shrimp consumed in the US comes into the country… 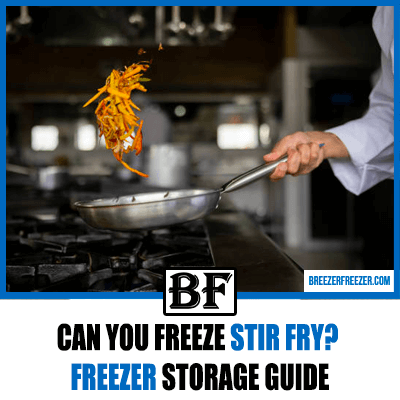 Convenient food doesn’t mean it has to be fast food from the local burger chain or the stir-fry franchise. Convenient food is where you prep your food in advance and freeze it ready for that quick cook-off. Stir fry is a wonderfully simple dish full of nutrition and wholesome food, but why don’t we see… 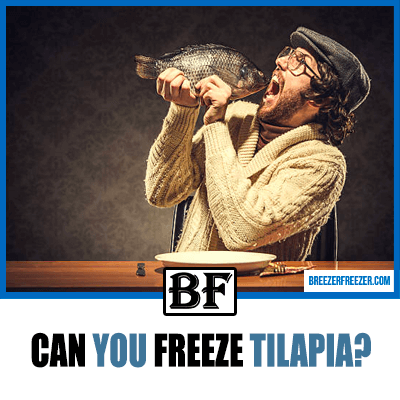 The ever-present Tilapia is a remarkable white fish that has been feeding families for generations. But do you know how to select fresh Tilapia? The eyes should be bulging and bright, with no fishy smells. Go for the elasticity test. If your finger leaves an imprint, leave the Tilapia alone. But storing delicate white fish… 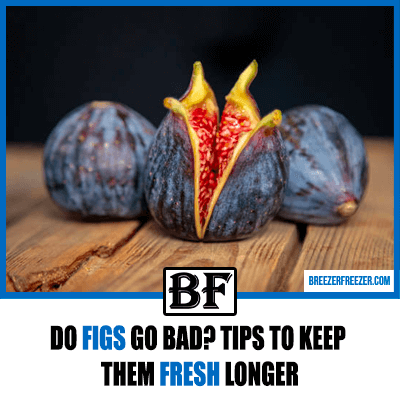 There are more than 1 million tons of figs grown each year. Humans have been consuming figs for a long time. Either fresh or cooked, they can be used in sweet dishes or savory. The humble fig is even used as a sugar replacement in some countries. However this tantalizing fruit is soft and yummy… 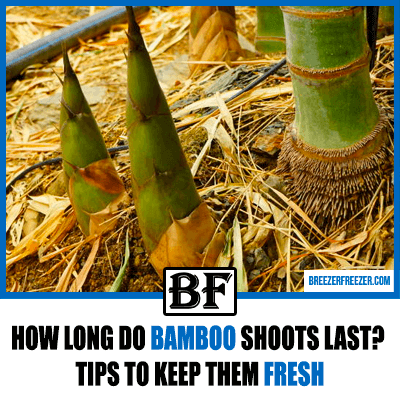 They are thin, fat, long, and short, they contain cyanide, but they are delicious. They are mainly used in Asian food. Yes, you got it; it’s the ubiquitous bamboo shoot. If you love Chinese food, you will have eaten bamboo shoots many times and enjoyed the fresh crunch of this incredibly nutritious vegetable that, if… 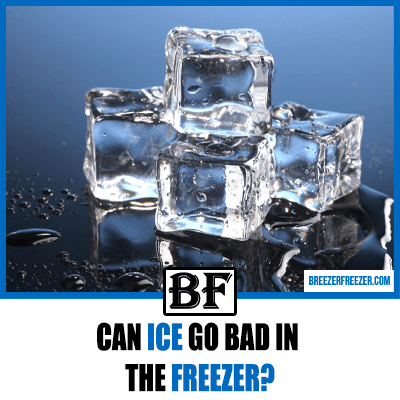 Ice can be a contentious issue, with many people blaming ice for becoming sick. Some water may be contaminated before the ice is made, spreading bacteria into any drink the ice is placed. But, can ice go bad in your home domestic freezer, and if so, why does it go bad? Did you know that…